The Class I uniform was the "fore and aft rig" which in previous Uniform Instructions was the dress reserved for Chief Petty Officers, now included all Ratings Not Dressed As Seamen. Class I blue uniforms were made of fine wool serge, and were comparable in quality to the jackets worn by Officers. The major difference between this and an Officer's jacket are the 6 gilt buttons, compared to the Officer's 8. 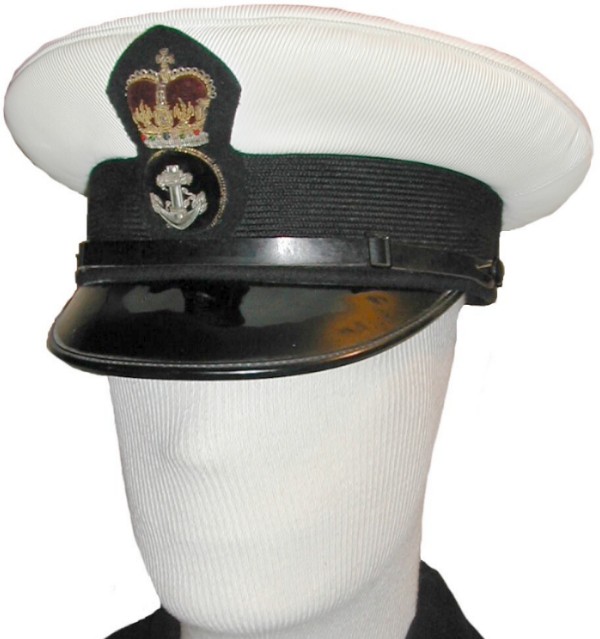 The uniform cap of a Petty Officer Class 1 or 2. 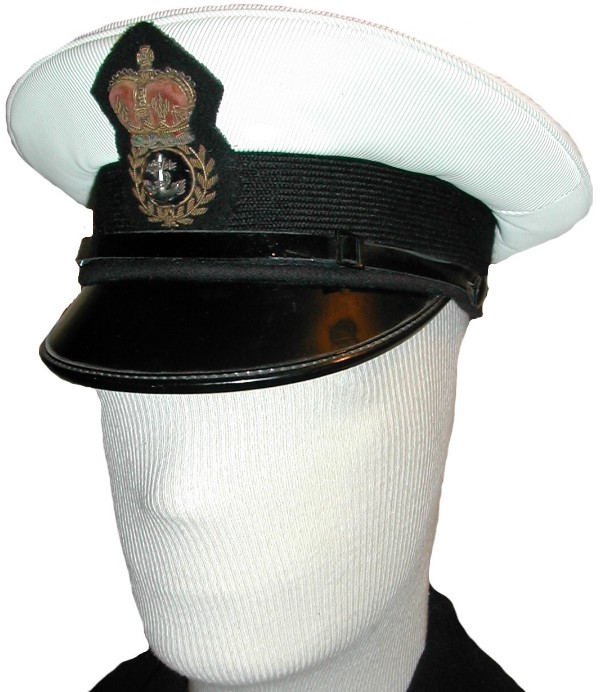 Class I uniform cap worn by Chief Petty Officers Class 1 and 2, circa 1960. Identical to that worn by Petty Officers, the only difference being the cap badge. 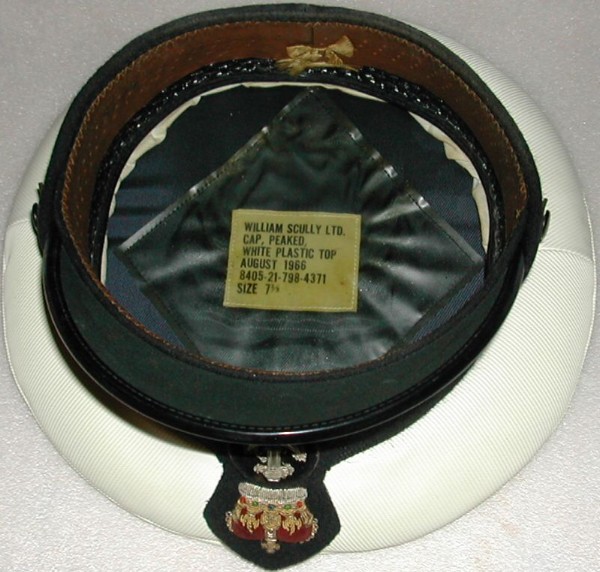 Interior view of the Petty Officer's cap showing the construction and manufacturer's label. 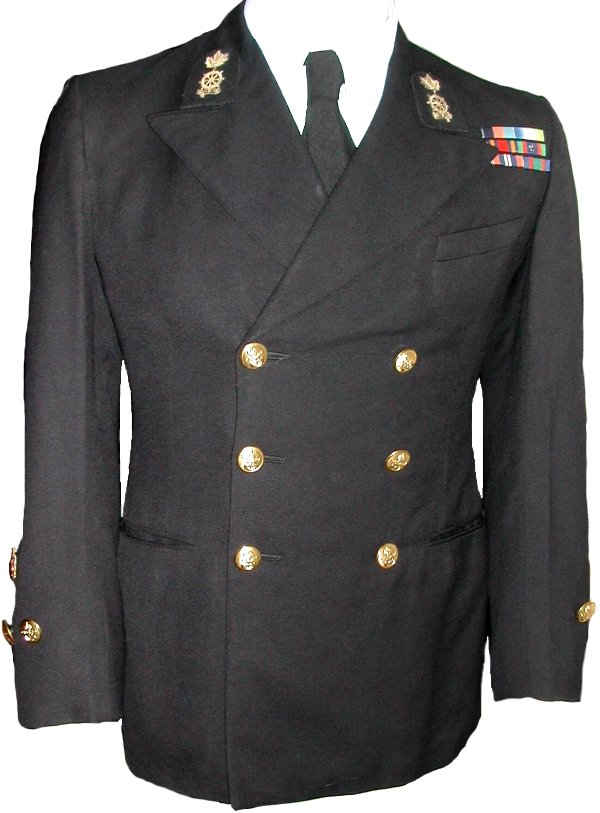 Blue Class I uniform jacket of a Chief Petty Officer Class 1 of the Boatswain Trade, circa 1960. 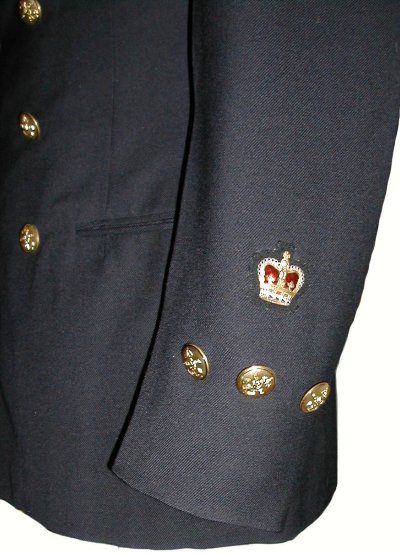 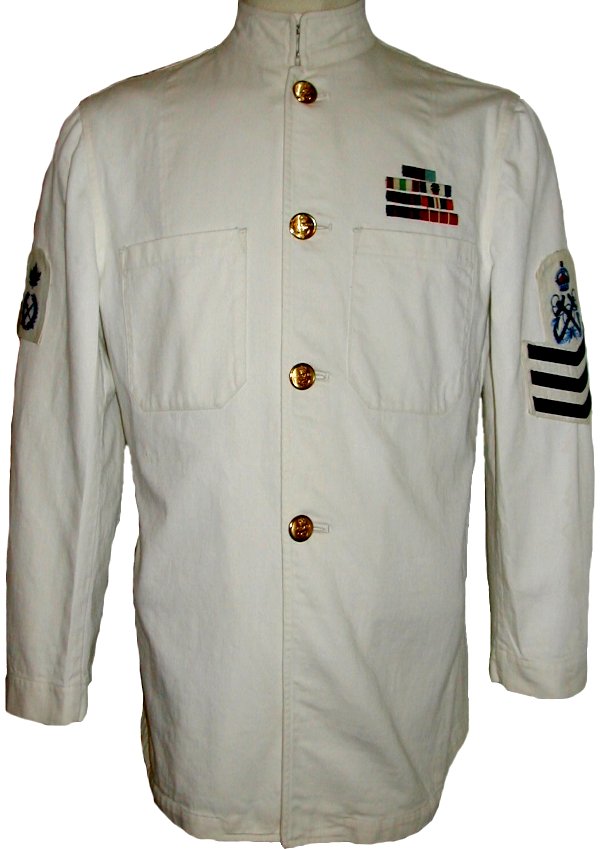 Class I uniform jacket of a Petty Officer 1st Class of the Regulating Branch. 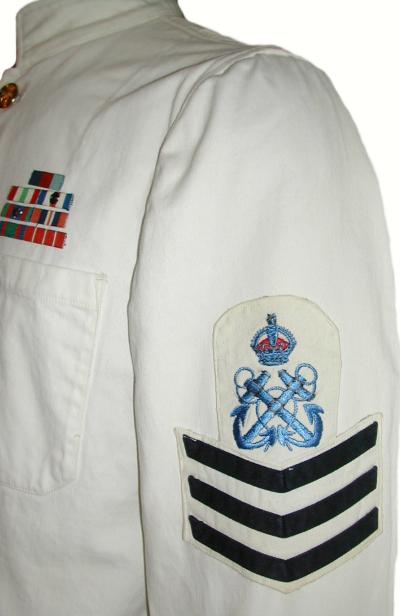 Closeup of the Petty Officer 1st Class rank insignia with chevrons for over 13 years service. 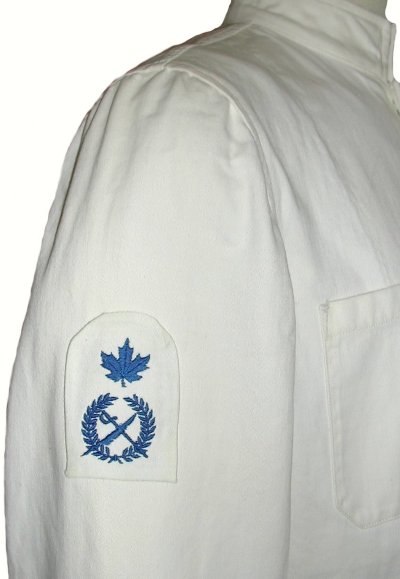 Closeup of the Regulating Branch badge in blue and white as worn on Number 13 Dress.

Medal ribbons for: 1939-45 Star, Italy Star, France And Germany Star with rosette indicating the Atlantic clasp, Canada Voluntary Service Medal with Overseas clasp, 1939-45 War Medal, RCNVR Long Service And Good Conduct Medal, Canadian Forces Decoration.
If you accessed this page from an outside link or search engine and do not see a navigation bar on the left side of the page, click HERE to go to the Canadian Military Police Virtual Museum main page.